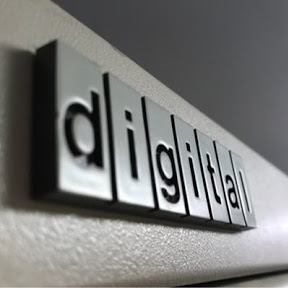 Who We Are
The Datashed is a miniature data center in the American Southwest, in the spirit of the heterogeneous machine rooms of the 1980s and 1990s. Dedicated to melding old and new technology.

The datashed started off as a completely unfinished, dilapidated, sixty-year-old storage shed in my back yard. When I moved into my home, the building had some rickety built-in shelving, some very weak lighting, a few power outlets, a lot of grass growing into the building through holes in the walls, some mice, and lots and lots of spiders:

All of the asphalt shingles had blown off the roof, and the plywood beneath was in really bad shape. It leaked like a sieve:

My plan was always to turn this into a miniature data center, but it obviously needed a massive amount of work in order to serve that purpose.

My friend Joel came to town for a visit in 2013, and I roped him into helping me refurbish the roof. We decided to completely replace all of the plywood:

Some rafters had dry rot, and the ends had to be cut off and replaced:

Here it is with all the plywood replaced:

Next, we sealed it with a fibrous rubber material:

Then, we prepared it for new metal roofing:

Here’s Joel screwing in one of the metal panels:

Next, I knew I wanted to get rid of the window, for security reasons:

Did some framing here for a window A/C (which wasn’t nearly enough; but I’ll get to that later):

Next came some wiring work and insulation, as well as adding more ceiling joists to support the drywall:

Then, drywall. My friend Anthony and my beautiful wife Miriam got roped in for help on this:

I built this rig to help me hang ceiling drywall on my own:

I had originally planned on vinyl tile, but I would have needed to re-float the entire floor, which was beyond my budget. So, I went with garage floor epoxy:

Next, I trenched the yard to bring ethernet, phone, and T1 cabling into the building:

Here’s the conduit coming up:

And the same at the back of the house (this has since been greatly tidied up):

The wiring on the inside of the building:

After this, equipment got moved in, and I realized that the old barn door was allowing massive amounts of dust to get in, so my friend Anthony installed a proper steel door:

At this point, it was becoming painfully obvious that the building had neither the power nor cooling capacity to support all the equipment. So, I hired an electrician to both upgrade the electrical service on the main house and add a dedicated 200A panel on the datashed:

The electrician also added a dedicated circuit for the core switch and two 240VAC circuits for the big PDUs that run Cabinet 3.

Next, I hired an HVAC contractor to install a 3-ton split unit to the building, which will freeze the place out even in the hottest part of the summer (100 degrees Fahrenheit and above is not uncommon here):

This brings us to the current state of the building. I need to have the electrician re-locate some outlets, and possibly add two more 240VAC circuits, but overall, the interior of the building works very well. I put in the highest R-value of insulation that would fit in both the walls and ceiling, and sealed every gap I could find, so the air conditioner barely has to work to maintain 75 degrees, and dust is minimal.

I will eventually have the exterior siding replaced and have the building stuccoed to match the house, but that’s a ways down the road at this point.

Donations will be used to enhance and maintain public services provided by The Datashed.